About Kallax Flyg
A Helicopter Saga

Kallax Flyg started out flying kites and is now one of Sweden's largest helicopter companies. 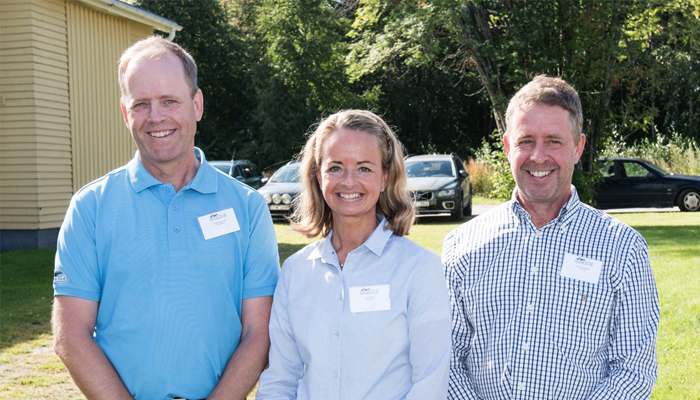 A fair amount of courage, passion for flight and the opportunity to work with one of Sweden’s most prominent helicopter experts are a few of the ingredients that have led Kallax Flyg to its current standing as Sweden’s largest helicopter company.

Let’s start at the beginning. Kallax Flyg’s parent company Stenvalls Trä is a family owned sawmill company that was founded in 1947 in Sikfors outside Piteå. The Stenvall children flew homemade kites towed by snowmobiles on frozen lakes, which their mother Inger Stenvall deemed all too dangerous. The children promised they would stop when Inger offered to provide them with training on real aircraft which was really the beginning of a lifelong passion for aviation.

Three of the Stenvall children named Sven, Anna and Folke assume responsibility for the sawmill during the mid-80s. The sawmill business has expanded over the years and is now a corporation with several subsidiary companies in various branches. One of these companies is Kallax Flyg. It took courage to start Kallax Flyg in 1998 when the demand for helicopter services along Sweden’s northern coast was relatively unknown. A hangar was built in Långnäs, Piteå with space for 5-6 helicopters and Kallax Flyg’s story begins.

Early on a man named Lars Anderberg joins Kallax Flyg. Lars has a military background and was previously head of the Air Force Flight School AF1. His experience and character become an important asset for Kallax Flyg as the company worked to become one of Sweden’s largest operators. Through his resolution and invaluable experience Lars provides the company and its employees with a high level of skill, safety culture and professionalism.

Kallax Flyg has not only expanded due to increasing demand but also via acquisition. Kiruna Flyg was purchased in 2002, Norrlandsflyg’s mountain division in 2006 and Polarhelikopter in 2006. These acquisitions gave Kallax Flyg firmer ground upon which it can continue to grow and eventually a sister company is founded in Norway. Kallax Flyg A/S can operate in northern Norway from bases in Alta and Tana.

Kallax Flyg continues to evolve over the years and in 2015, the company Westhelicopter is acquired. Kallax Flyg now has operational bases further south in Sweden with a base in Karlstad, amongst others. Kallax Flyg is now Sweden’s largest helicopter company with the resources to provide helicopter services over the whole country.

Over the past decade, Kallax Flyg has doubled in size and now has approximately 20 employees and a revenue of ca 80 million SEK. We look forward to the future and coming opportunities to further hone our business.